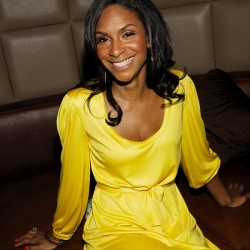 Teedra Moses dropped a classic “hood-life” LP – Complex Simplicity – in 2004 and disappeared (outside of the occasional mix-tape or guest appearance).1 11 years later, she’s back with her second official release: Cognac & Conversation. Teedra is still down, but has evolved: check her lyrics to 2004’s “You’ll Never Find”

Now check the first verse to “Get It Right”:

That theme of wanting what’s better is also covered in my favorite track off the album: “All I Ever Wanted”. Teedra always excelled in singing over hip-hop beats; the sample of Camp-Lo’s “Luchini”, which smartly sampled Dynasty’s “Adventures In The Land Of Music”, is a great backdrop for Teedra’s voice.

Teedra Moses – All I Ever Wanted