In my second IoT project, I tackle feeding my cats by voice commands. 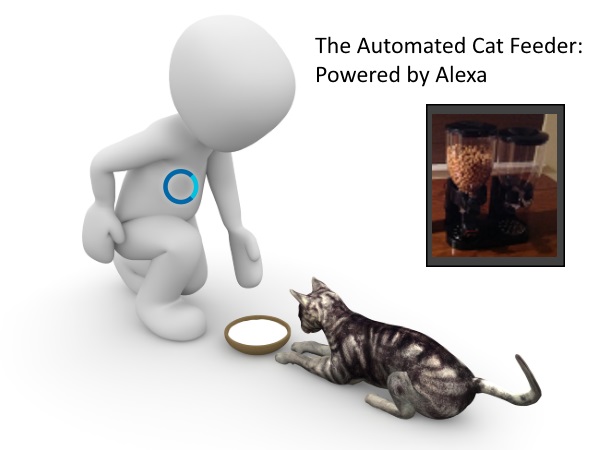 My family owns three cats; for the most part, they are well behaved – unless they are hungry. When it’s time for them to eat, they get a little crazy – constantly meowing and running under/between our legs, or waking us up at night.

We used to keep extra food in their dishes, but they would just overeat – resulting in cat throw-up (which, without fail, I seemed to step in every morning on my way to the kitchen).

We’ve been living in this “claw-ful” situation for a few years, and never really considered resolving the problem. My oldest daughter suggested that we (and by we, she really meant me) build an automated cat feeder. I told her that I didn’t have the time to build one… but then, I figured, why not give it a try.

Full instructions are on the write up at Hackster – https://www.hackster.io/darian-johnson/alexa-powered-automated-cat-feeder-9416d4

In a span of a few hours, I successfully migrated my Wordpress blog from an EC2 instance to Amazon Lightsail. 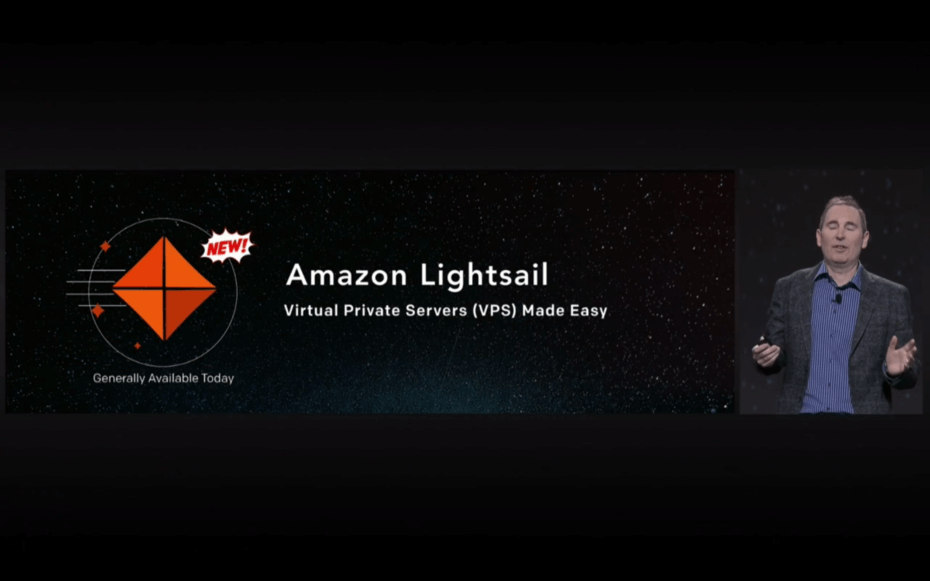 Of all the new releases announced at AWS re:Invent, I was most excited about Amazon Lightsail. I love AWS, but sometimes it’s too complicated. If someone wants to run a blog, then they shouldn’t have to learn about VPCs, subnets, etc…. they should, in a few clicks, be up and running.

So, I spent a few hour this weekend migrating this blog from the t2.small EC2 instance I’ve been running (with RDS and Memcache) to a new, smaller Lightsail instance.

The migration was straight forward (instructions here: https://docs.bitnami.com/aws/how-to/migrate-wordpress)- the biggest challenge was re-installing my WordPress plugins (they did not migrate over).

Will this be better than running my own VPC and EC2 instance? I’m not sure. I still have my old instances available if I need to switch back. I’m hoping that it does; I was spending about $20 a month running my t2.small (I know, I know.. I should have been running on an RI to reduce cost). The small instance of Lightsail is on $5/month.

END_OF_DOCUMENT_TOKEN_TO_BE_REPLACED

Integration with Alexa allows a user to obtain a workout recommendation (and create a machine learning model) all by voice command. 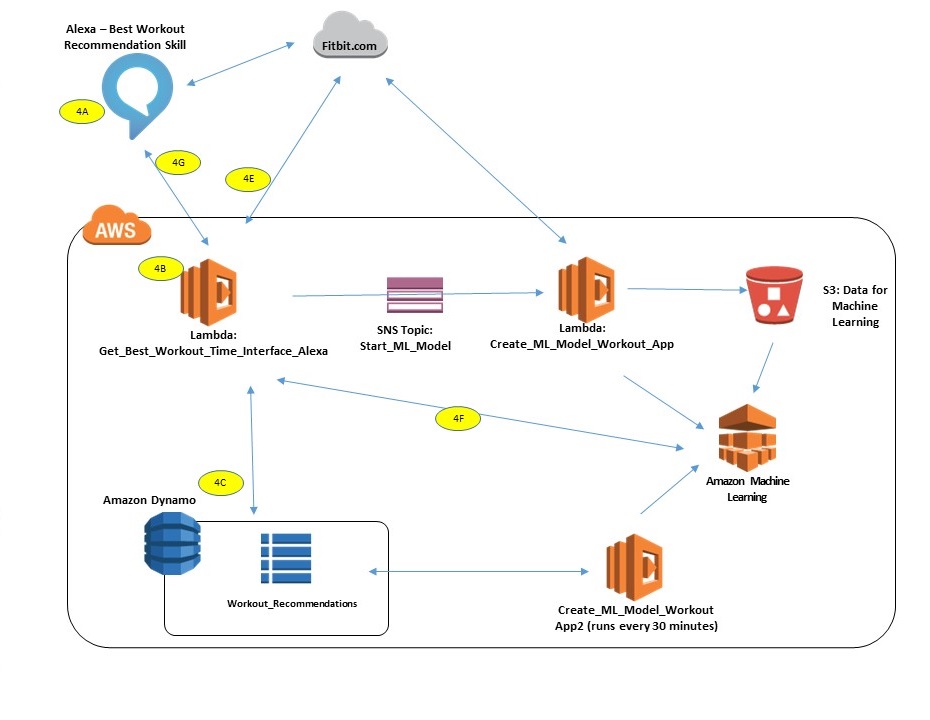 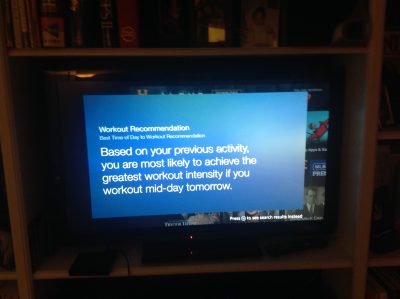 [su_note note_color=”#d3d3d3″]Note: This is the third post about using Amazon Machine Learning to predict workout intensity. Check out Part 1 (Overview) and Part 2 (Building the Machine Learning Model) for background. A working model is available via web and Alexa. Code can be found/downloaded from my Hackster site.[/su_note]

After I was able to build a working model, I needed to come up a way to automate the model. I originally planned to allow access through my website, but decided to use Alexa in addition to the website link.

Note: The process of creating an Alexa skill isn’t too complicated (if you have experience building lambda functions). That being said, I suggest you start by building a sample skill – such as the Fact Skill example. Also, be sure to read and follow the certification requirements.

Alexa, AWS, and the exposed Fitbit APIs provided a mechanism to build a model and return results for a specific user – all initiated by voice.

Step 1 – Linking the user’s Fitbit account to the skill

A user has to link his/her Fitbit account to the skill before s/he can (a) build a specific machine learning model based on their history and (b) get a workout recommendation. Step 1 covers the logic for this functionality. 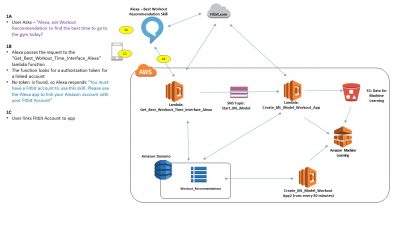