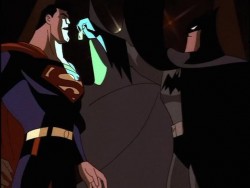 My favorite is their initial introduction in “World’s Finest, Part 1”; how they first meet each other, and discover each other’s identities is perfect. 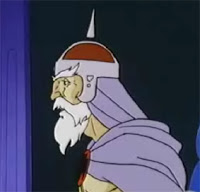 I first watched this when I was in elementary school (I was maybe in 2nd or 3rd grade), so any death was going to be a shock. I wont go through the whole story3; the summary is as follows: the ThunderCats have to leave their home planet. They’re attempting to escape when attacked. Their ship is badly damaged, so Jaga the Wise, Lord of the ThunderCats4, has to manually pilot the ship (while the others are in suspension capsules that slow their aging). Jaga dies while piloting the ship to safety. He freaking evaporates into a cloud of dust (and re-appears as a force-ghost phantom).

I was floored when Jaga died. Maybe a little too much for an elementary school kid to digest. 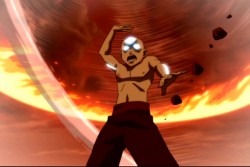 I love this Nickelodeon series5. It’s a great show that both kids and adults can enjoy. Aang is the Avatar (a being that can control water, wind, fire, and earth), and he must face the powerful Fire Lord (who has been waging a war against the other nations). Noramally this would not be an issue, but (a) Aang isn’t a fully realized Avatar yet (he can’t control all 4 elements) and (b) the Fire Lord is at his strongest, due to a nearby comet that increases his power6. Aang is losing the battle, and is knocked into a rock. Luckly, this unlocks his ability to enter Avatar State (where is able to communicate with his past lives for knowledge and wisdom). Using this power, Aang goes in on the Fire Lord, ultimately taking away is power using Energybending.

One thought on “My Favorite Animated Movie and TV Scenes: Part 1”