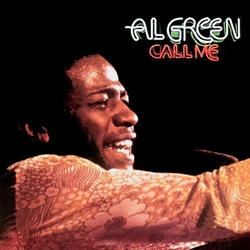 I’ve never used this phase before (and I hope to never use it again), but nothing else describes Al Green’s Call Me as well as the oft-used term “Grown Folks Music”.

I was first introduced to a few cuts from Call Me in the summer of 1995, on a double date 1 with some friends from high school. My buddy (RIP Leon) supplied the wheels and the music – a 1991 Saab and Al Green’s Best Of. While I knew most of the tracks, two in particular stood out: “Call Me (Come Back Home)” and “You Ought To Be With Me”. There was a heft and grit in Al Green’s voice that I hadn’t heard since discovering Billie Holiday. He was raw and vulnerable…. but at the same time, tough, proud, and matter-of-fact.

I discovered the full Call Me album five years later,as a slightly older but still naive college grad. Though I was far from fully comprehending the depth of the album, I was able to feel what Rev Al was singing. “Call Me”, “Have You Been Making Out O.K.” and “Your Love Is Like The Morning Sun” are damn-near heartbreaking: to this day, I’ve never heard a man beg for his woman with such hurt, class, and dignity (Keith Sweat needs to take notes).

For me, the two tracks that forever stand the test of time are “You Ought To Me With Me” (see below) and “Jesus Is Waiting”. The former is ballsy in its delivery: think Teddy Pendergrass does Memphis Soul. To this day, it remains one of my favorite tracks. I actually played it for my then-girlfriend when I was thinking about getting married.

“Jesus Is Waiting” signals Al’s slow departure from secular to gospel recordings. Though he spends 30 minutes belting out songs of lost love (excluding the black-power “Stand Up”), Al winds down his magnum opus with a realest gospel song I’ve ever heard.

One thought on “My Favorite Albums: Al Green’s Call Me”