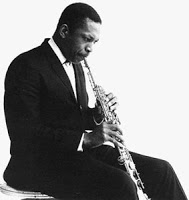 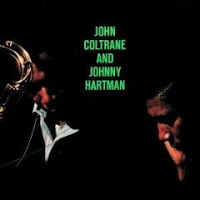 I was browsing Barnes and Nobles sometime during the summer of 1997 when I came across the simply-titled John Coltrane & Johnny Hartman album. I knew this was an LP that I had to own after hearing the duo cover Bill Strayhorn’s “Lush Life”1. I still get goosebumps listening to it. No other version (not even Trane’s solo take) can compare to this recording. Their take is, simply put, the definitive recording of this classic.

I first heard “Good Morning Heartache” in 1993 (on Terence Blanchard’s previously mentioned Billie Holiday Songbook); I didn’t fall for the song until 1995, when I purchased Billie Holiday’s Complete Decca Recordings. The song is mesmerizing. Billie sings each verse as if she’s lived the lyrics1.

Jill Scott does a decent turn on the song, but nothing beats Billie. Enjoy! 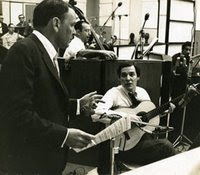 Usually my daughters and I “dance” (if you want to call it that) to music from our Sirius music channels before they go to bed. We normally stick to the classic R&B and hip hop stations; however, a few days ago, I decided to check out the classic jazz station. The station was playing Ella Fitzgerald’s cover of Duke Ellington’s “Sophisticated Lady”. “Great,” I thought as I turned the volume up. “My kids are going to love this!”