Bruce dons the cape and cowl for the first time – Batman: Mask Of The Phantasm 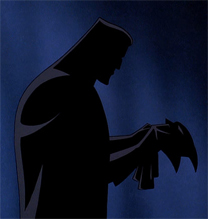 In this animated movie, Batman investigates the murders of old-time criminals. As we progress through the story, we get flashbacks to his first love, his quest to fight crime, and ultimately, the first time he puts on the Batman outfit.

What’s great about this scene is that you never a clear shot of the Batman; instead you see Bruce suiting up in the shadows, and Alfred’s reaction – genuine fear.

The Death of Optimus Prime – Transformers: The Movie

Some people think this scene falls just behind the deaths of Bambi’s mom and The Lion King’s Mustafa’s from a traumatic experience perspective.3. Give the guys who wrote the Transformers movie credit – no one expected the leader of the Autobots to die4. At least he went out in a blaze glory5

Prime transforms into automobile form and starts plowing through Decepticons. Then he blasts into robot form, does a somersault, and kills 3 or 4 more baddies. Then he holds is gun “Tony Montaya” style and starts gunning down more baddies. Finally, he faces off against Megatron, and almost wins…6. 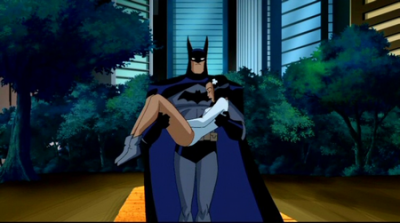 Batman is a bad-a$$. He’s smart, tough, strong, stoic. But at the end of the day, he be may the the most compassionate character in the DC Universe. It’s his humanity that separates Batman from the others in the Justice League, and solidifies his place in the DC Holy Trinity7. How can a god truly understand human pain, hurt and suffering? They can’t, but a human can – especially one that has a lifetime of pain and suffering.

No scene better captures this truism than the first five minutes of “Epilogue”, which ties up stories between Justice League, Batman: Mask of the Phantasm, and Batman Beyond. Batman is asked to do the unthinkable: kill.